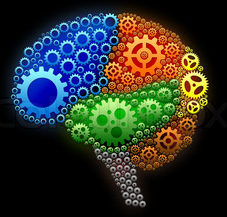 An article published January 17, 2017 on the medical website Medscape caught my attention regarding the potential consequences of prolonged iron overload. The article referenced a study entitled, “Association of Cerebrospinal Fluid Ferritin Level With Preclinical Cognitive Decline in APOE-ε4 Carriers“.

While the article did not refer to hemochromatosis, a significant part of the discussion was related to the long term effects of elevated ferritin.

For those of us with iron overload, we are well familiar with the consequences of having too much iron in our bodies, as I discussed in my article about lab testing for hemochromatosis.

Although an individual with hemochromatosis is well aware of elevated levels of iron (and how it potentially affects our liver, heart, joints, hormonal system, and brains) many doctors and medical researchers have not extensively studied excess iron.

The primary author of the study, Dr. Ashley Bush from the University of Melbourne, Australia, stated:

Alzheimer’s is a terrible disease, and unfortunately, it is becoming a more common condition.

While most families have been touched by the ravages of Alzheimer’s (mine included), I am happy to hear that medical professionals are giving high iron its due attention as a potential underlying cause of this disease. I am hopeful that this new research may help people and families afflicted by Alzheimer’s.

Dr. Bush’s comments that measuring the ferritin level and taking steps to reduce excess iron should be a part of the treatment plan exactly mimics the steps taken in hemochromatosis.

For individuals with iron overload who have reduced their ferritin levels and seen improvements in their health, this makes sense!

Another aspect of the study I found interesting was that ferritin was a better marker for disease progression than the (up until now) traditional markers for Alzheimer’s, Tau and Amyloid Beta.

When a person’s cerbrospinal fluid level of ferritin was high, Dr. Bush stated:

(High ferritin) almost perfectly predicted whether the individual will experience cognitive decline in the subsequent 7 years. (The effect of ferritin) was far greater than the most established biomarkers — tau and amyloid β.

A Common Theme in Alzheimer’s and Hemochromatosis Research?

In hemochromatosis, awareness is essential. I am an advocate for improving outreach to those people who carry the genes for iron overload yet are unaware that their body is storing iron.

While we can’t change our genetics, the earlier we address excess iron the better off our future health will be.

Even though this study was investigating people with Alzheimer’s, I feel the conclusions may be applied to hemochromatosis.

Dr. Bush’s next study will test the iron-chelating medicine, Deferiprone, to see if it is able to help slow the progression of Alzheimer’s. This medicine may sound familiar to individuals with hemochromatosis, as Deferiprone is a common iron-chelating drug.

As a naturopathic doctor, I am struck by the similarities in the value of using ferritin in diagnosis as well as the value of taking steps to reduce iron overload between Alzheimer’s and hemochromatosis.

The next thought turned to several of the natural remedies I see helping hemochromatosis, namely turmeric and milk thistle. Would these remedies, which I see greatly benefit iron overload, also help Alzheimer’s?

Why yes they do!

I was able to find several studies on PubMed (references below) showing that both turmeric and milk thistle may help improve health in Alzheimer’s.

I never cease to be amazed how the antioxidant and anti-inflammatory effects of these natural remedies can help support health in a number of conditions, including hemochromatosis.

Primary studies discussed in this article:

Pub Med Studies on Turmeric and Milk Thistle for Alzheimer’s